A retired former U.S. Navy JAG Corps officer, with over 27 years of experience Ed O’Brien, is widely recognized for his extensive knowledge and experience in military law and litigation. Throughout his career Ed gained extensive litigation experience as a Military and Federal Prosecutor as well as a criminal defense attorney. His criminal litigation experience includes numerous jury trials for a variety of offenses including, homicides, rape, assaults, domestic violence, fraud, drug offenses, and DUI’s. Ed also has wide ranging experience in a variety of military administrative hearings to include positive urinalysis cases (UCMJ Art 112a) as other misconduct and ethics cases. In addition, Ed has in depth experience in other areas of military administrative law including, relief for cause from command, detachment for cause, non-judicial punishment, removal of security clearance, NEC removal, Fitness Report and Evaluation disputes as well as complaints against the government (IG, Art 138, and Art 1150), and discrimination and harassment complaints and claims against the government. 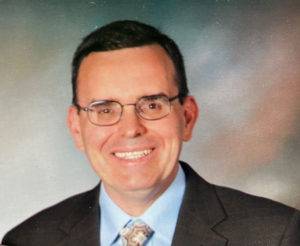 The Law Offices of Edward B. O’Brien

As a Staff Judge Advocate (general counsel) to Commanding Admirals, Generals and Commanding Officers, Ed was responsible for providing legal advice on a variety of issues including criminal investigations, criminal trials and disciplinary cases, administrative separation boards, civil claims, including death investigations, personal injury and property damage claims made against the government, standards of conduct and government ethics, including the outside practice of law, post-government service employment restrictions, interaction with non-federal entities, the permissible use of government assets and personnel, and issues related to DoD civilian employees. Ed has joint staff experience and has worked legal issues and served with service members from all the armed services. Ed also has worked with the Department of Defense, Homeland Security, the State Department, various intelligence services as well as numerous other state and federal government and law enforcement offices. Over multiple deployments Ed has worked with foreign governments on behalf of service members and the United States Government in multiple embassies on four continents. Ed was the head of the law of the sea and international agreements divisions in the Navy Office of the Judge Advocate General and served as a legal advisor to the Deputy Chief of Naval Operations for operations, Plans and Strategy, working closely with numerous foreign military officers.

Ed has worked with nearly every community and specialty in the military, including special, warfare, aviation, cyber and intelligence. In his last years on active-duty Ed was the senior legal advisor for several medical commands. This gives Ed unmatched experience and expertise in medico-legal issues, including, credentialing, privileging, standard of care issues, quality assurance investigations, fair hearings, HIPAA as well as MEB/PEB cases.

Ed served as an instructor at the Naval Justice School where he was the director of the Navy’s trial advocacy program He also served and as an adjunct professor at the Naval War College where he taught senior officers preparing to take command. Due to his extensive knowledge and experience Ed has been invited to lecture to a wide variety of audiences on numerous topics including military criminal law, evidence, international law, the law of armed conflict, law of the sea and administrative law. Ed has lectured for all the United States armed forces as well foreign governments, foreign militaries, law students, college students and high school students. He has taught at home and abroad on three continents. If you need a speaker who has proven knowledge and experience in civilian and military legal issues, contact Ed.