Ryan J. Sears has spent the last 16 years advocating for those who need it most: those accused of wrongdoing and those who cannot fight for themselves.  A Commander in the Navy Reserve JAG Corps, Ryan has served tours as Executive Officer for all reserve defense counsel in the Western United States and Pacific areas of operation, senior defense counsel for the entire Northeastern United States, senior trial counsel (prosecutor) for Naval Station Mayport, trial counsel, and defense counsel.  He defended and prosecuted servicemembers in some of the most high-profile cases in the Navy, including matters that received coverage by The Washington Post, Jacksonville Times Union, Navy Times, and Marine Corps Times.  The defendants in these cases were charged with crimes ranging from: 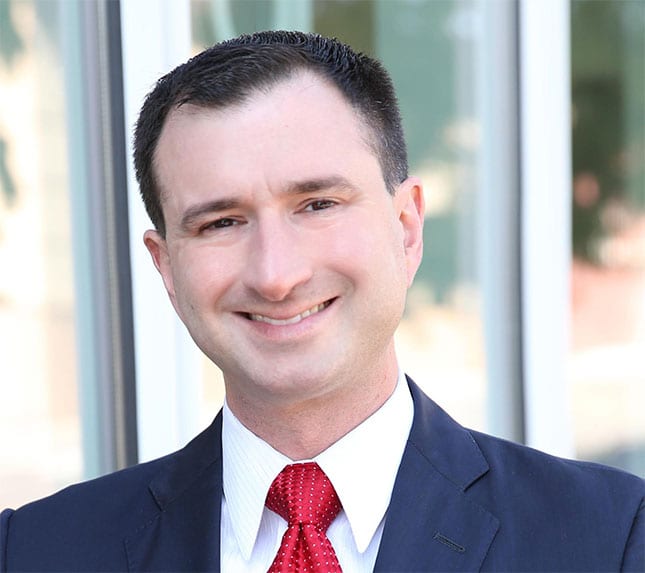 Ryan’s criminal law experience is not limited to the military.  As a Special Assistant U.S. Attorney in the Western District of Texas, Middle District of Florida, and Southern District of Georgia, he successfully prosecuted over 1700 cases in federal court for an array of crimes ranging from white collar offenses to alien smuggling on behalf of the Department of Justice.  He also served as an extern while in law school for Federal District Court Judge Kathleen O’Malley, who now sits as a member of the Federal Circuit Court for Washington D.C.  Ryan has also represented defendants in state court on many occasions in a number of different jurisdictions.

Ryan’s is equally skilled as a disability attorney having represented hundreds of servicemembers before the military’s Physical Evaluation Boards and the Department of Veterans Affairs.  He is one of the few attorneys to serve multiple tours as a Physical Evaluation Board counsel for the Navy and Marine Corps.  Ryan has represented servicemembers and veterans with every conceivable type of ailment from mental health, such as PTSD, to injuries like TBI, and diseases of all varieties. His advocacy for his PEB clients was so instrumental to the well-being of these individuals that his division received the 2015 American Bar Association’s Standing Committee on Legal Assistance for Military Personnel (LAMP) Special Recognition Award.

A graduate of Emory University, Ryan attended Washington University School of Law, where he received the Judge Samuel Calhoun Scholarship and captained the school’s National Institute for Trial Advocacy mock trial team.  While in law school, Ryan commissioned in the U.S. Navy JAG Corps and committed himself to the future service of his country.